Where it started for me.

This is the place for your Cougar adventure stories. Do you drive your Classic Cougar? Tell us about it!
Post Reply
17 posts

Where it started for me.

I finally found a picture of our family's first Cougar. I'm the ascot-wearing young lad on the right in this photo from April 1970. 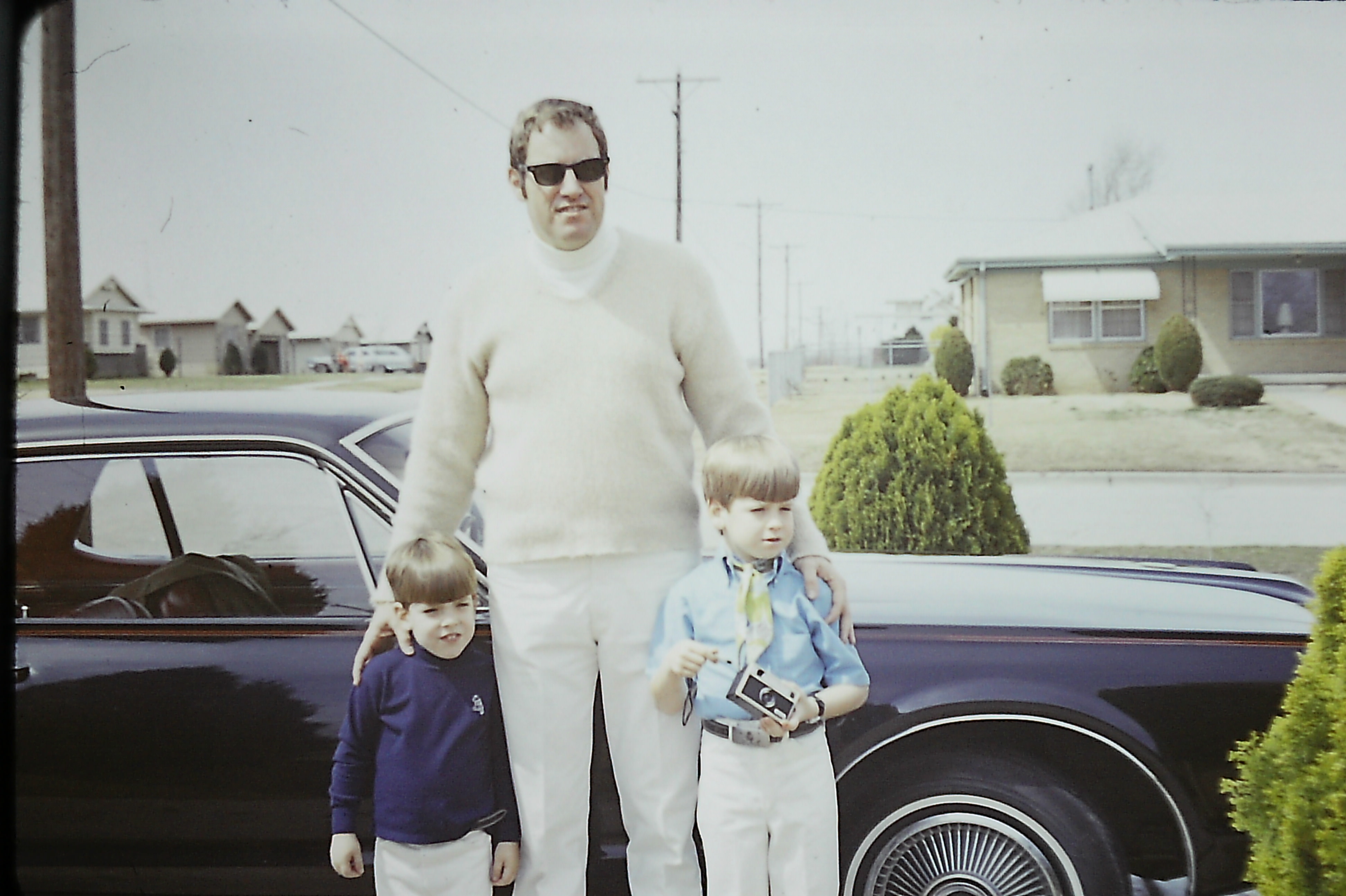 Dad doesn't remember if it was a '67 or '68 standard but Royce suggests it's likely a '68 given the door lock knob.

Color in the photo is hard to see but it was definitely black with red interior and red pinstripe.

It was traded on the '70 standard hardtop which I inherited at age 16 shortly after this picture was taken. Not sure why but I'm thinking it was because the '70 had A/C. Here's the '70 in a snap taken in 1981:

Like our '70, the black car would have come from Dick Price Lincoln Mercury in Wichita, KS. Wonder if it still lives?
Todd

Great picture! I stared at the pic for the longest time, it could go either way, 67 or 68!

Great pictures. Thanks for sharing,
Neal Jacobson.
1970 XR-7 White "Ginger"
1970 XR-7 Convertible Blue For Sale.
1971 XR-7 Bright Blue with Blue "Up Beat" interior For Sale.
1970 Standard 428CJ Competition Yellow The New Money Pit.
See ya on the hiways,
The political and commercial morals of the United States are not merely food for laughter,
they are an entire banquet.
- Mark Twain -

Vintage pics are the best - thanks for posting!

With that bush and the cropping of the photo, it's like every clue to the Cougar's year is hidden.

I zoomed in on the driver seat, but the jacket is covering the front, so you can't even tell if it has the decor trim or the definitive 68 non-decor seat.

Edit: The shape of the center section and stitching on the passenger seat and the trim on the door panel makes me thing 67 or 68 decor -- which does nothing to solve the mystery.
1967 Standard, 302 with AOD
Top

It really is as if mom framed it to intentionally create a mystery. Sadly she's passed or she would likely remember more details. I will be searching for more pics again at Xmas.
Todd

^^^ You may have already done this, but also old paperwork (insurance?) that has the VIN.

Then you could get the Marti.

Cool old picture. For some reason it just screams 67 to me. Not that I see any proof of that

Then you could get the Marti.

I've looked. So far nothing but their house is full of boxes and mom was a good record keeper.

On our '70, I was able to pay for a database search with a high degree of confidence because I remembered its exact configuration and selling dealer which paid off.
Todd

Hey, I have a back in the day picture too! Me and my '70 standard HT named "Cleveland Rocks". Vintage would be around 1985:

Isabel, the realization of a seven year long dream:

Canted--Texan on the351cforum: "One of my most impressive attributes is that.......a lot of people don't like me.....or the horse I rode in on"
Top
Post Reply
17 posts